The E39 M5 is often touted as one of the world’s most perfect sedans. Their prices are pretty high right now. I have test driven several, and seriously considered purchasing one. But I’ve just never felt like they were *that* good.

Yes, they are good. That is one stout BMW v8. Very strong performance, great 5-speed gearbox, good chassis, suspension, and handling. And I really do like they way they look.

But I just never fell in love the way I did/have with the E36 (which is the smaller 3-series chassis). Part of it is the weight, but I something about the liveliness and responsiveness of the chassis just isn’t the same.

Some folks like the looks and the utility of the wagon. But BMW never made an “M” version of the wagon with a V8. This guy took it upon himself to make his own M version.

Usually, a modified, high-horsepower car equates to a high-dollar car. Sometimes it’s worth high-dollars (only sometimes), but at least you know high dollars were invested in it. I’ve never understood why an owner of such a car doesn’t get the car dyno’d. You would think dyno tuning would be a necessity throughout the modification process. But when folks go to sell these cars, wouldn’t they want to have the dyno sheet to prove the results of all that work? Wouldn’t providing the dyno sheet make the car sell for that much more money by reassuring potential buyers the car puts down what is claimed?

And maybe there is where we go wrong. In many cases, modified cars would or do fall far short in the dyno department. A car that’s been souped up and modified with turbos or a supercharger or fancy engine bits is supposed to product maybe 500 hp, but in reality the dyno shows 317.4 hp and the owner realizes… it would be easier just to claim it had never been on a dyno.

This car certain doesn’t have that problem. How about a dyno sheet showing 685 hp with 710 lb-ft of torque? Wow, it takes a lot of time, money, and talent to successfully tune any car to this level. 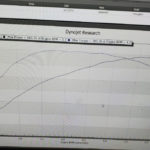 To get into that stratosphere, they had to take the LS2 and stroke it to 402 cubic inches, jam a S475 Borg Warner turbocharger under the hood, cool it with a liquid to air intercooler, outfit it with Brian Tooley stage 2 camshafts, valve springs, and pushrods. I’m guessing it would need bigger injectors too, and some kind of higher capacity fuel pump, although I didn’t see that mentioned in the ad. [Edit: I found in the receipts a bunch of stuff for a complete upgraded fuel system.]

The car has been gone through in incredible detail. The interior is not “new” perfect, but is incredible nonetheless. Coilover suspension, great/expensive wheels and tires. 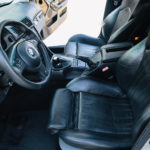 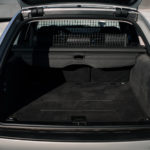 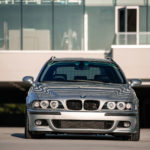 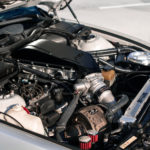 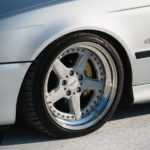 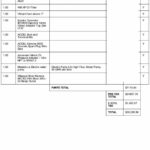 BMW 540i Wagon Gets a Turbocharged LS2