The Mitsubishi Starion is a cool example of 1980’s sportiness. The sister vehicle is a Chrysler Conquest.

These 2.6L turbocharged four cylinder engines are known for being capable, efficient, and peppy. But they actually aren’t known for being particularly tolerant of modifications, ie giant increases in boost. Improvements were made throughout the product life cycle, but output typically falls between 160-190 hp. At less than 3,000 lbs curb weight, the zero to sixty time is around 8 seconds flat.

This particular example is for sale by a used car dealer in Missouri, and is a beautiful silver color with black leather interior. It has 58k miles on it and seems to be in pristine condition. I doubt this has been refurbished or restored. It’s always a wonder to me that a car this old (28 years!) can be in this kind of shape. Did somebody just park it in a garage, maybe with a plastic bag to keep the dust and rodents away? It looks like the right-hand flip-up headlight or headlight cover is slightly misaligned. That could be indicative of a prior accident, but it’s just as likely that it needs a minor adjustment as a result of 28 years of normal use. The interior looks basically spotless. Did you notice the “Turbo Turbo Turbo” logo on the seatbelts? I could do without the goofy two-spoke steering wheel, but as mint and original as the interior is I would certainly be loathe to change a single thing. The dash and instrument panel scream “1980’s” and are so unique and welcome. It’s refreshing to find something so different from stuff we see today.

It’s priced at $8,000, which seems overly optimistic considering it’s not one of the widebody Starion ESI-r models. But she sure is a finely preserved example, and there is almost always room to negotiate. 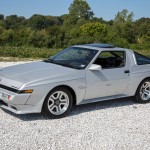 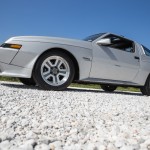 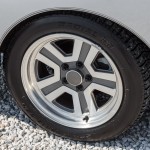 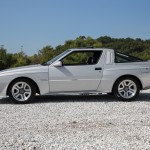 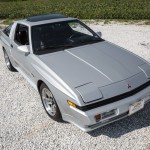 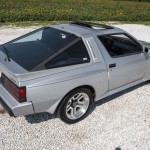 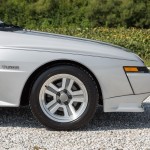 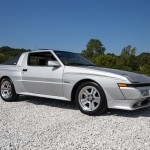 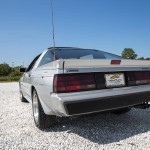 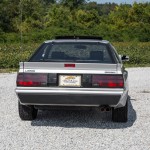 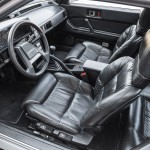 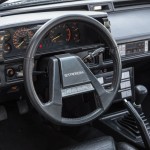 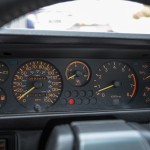 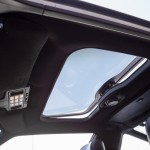 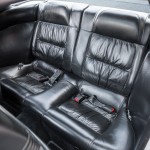 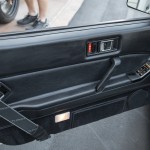 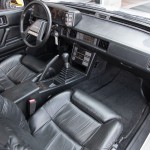 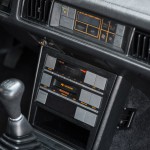 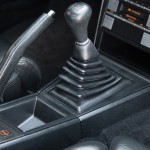 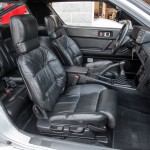 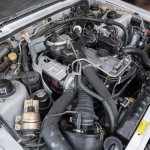 I found another example for sale on Craigslist in North Carolina for $8,000. The full ad reads:

I have put 300-500 miles on the car per week since I bought it. It starts up quickly, idles smoothly, shifts smoothly, accelerates and cruises smoothly and it boosts very well. The brakes are strong and the pedal feels like it should- not soft or spongey. It runs at normal coolant temp and the electric fans function properly. The limited slip diff is still “tight” and works properly. Rear struts have been replaced, fronts are original or older replacement but are still tight and not noticeably worn. The steering has play (the only area where the car shows its 168k miles) but I haven’t found it to be a big issue while driving.

The paint is in very nice condition- great depth, shine, and clarity of reflections. This was not a quick/cheap respray! The pictures show the quality of paintwork well. The car has been driven and is not a show car/trailer queen, so there are a few small rock chips on the nose and one small door ding on the drivers door. As with nearly all Conquests/Starions, the front spoiler has some cracks/splits. The side/rear windows have been lightly tinted. The windshield is a newer, high quality PPG glass with zero cracks, chips, sand pits, or wiper marks. Replacement windshield are currently unavailable so this is a major plus- it’s really nice to have a 100% clear/clean windshield to see through when driving. The tail lights are in great shape, not cloudy/hazy or dim, although there is one very small and almost invisible crack in the passenger lens. There is a small door ding on the driver side door. I’m mentioning these areas so there won’t be any surprises for the new owner. Please take time to look over the pictures so you can really appreciate the quality of the paint. The paintwork along with the refinished wheels really make the car stand out.

The interior is in very good shape with minimal wear for the amount of miles the car has. It is evident that the previous owner took good care of the car. It still has both original “Conquest” floor mats. The headliner is perfect, the carpet is 95% like new, the dash has no cracks, door panels are in great shape, and the back seat is like new. The trunk cover is in great shape, as is the trunk carpeting. The front seats do show normal signs of wear. The pictures offer the best description of how they look. There is only one small split on the upper/outer driver side bolster and it’s not really noticeable. Again, I’m mentiononing these areas so the new owner knows exactly what to expect. I do not want to over-represent the car.

The A/C has been converted to R134 and works great. Defrost and heat work as well.

I have upgraded the headlights with very high quality Cibie 200mm H4 E-Code housings with clear Hella 80/100 watt bulbs. These have lead crystal glass lenses and metal reflectors-no plastic parts. I also built a 12g relay harness to bypass the original headlight wiring to eliminate voltage drop at the bulbs. These are NOT cheap eBay lights and the beam pattern is incredible on low or high beam. Low beams have a sharp cut off to avoid glare for oncoming traffic, same as modern oem HID projectors. High beam pattern have amazing distance visibility. I do have the original sealed beams and the relay harness is 100% reversible with no modifications made to the factory wiring.

Another modification is the exhaust. When I bought the car the exhaust had been modified with a very small aftermarket catalytic converter and a small restrictive muffler so it was only making 5 psi (stock is 7.5) due to the restrictive exhaust. I had the factory downtube catalytic converter gutted, and the old exhaust was system replaced with 2.5″ tube from the downtube all the way back to a new stainless muffler. It now easily makes stock boost.

Overall the car is in great condition especially considering that its 27 years old. This is one of the nicest I’ve seen and a rare find in this condition. Its nice enough to take to shows and cruise-ins and it always gets tons of attention whenever I have it out.

Also have Thule roof rack with key for locks.

$8000. Call or text. Cash only. No trades. No joy rides. Ask your significant other before calling. 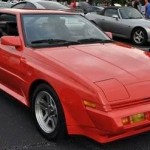 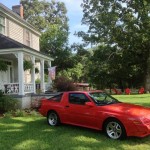 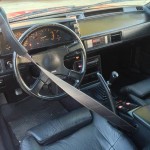 This is the nicer TSi model. TSi officially stands for “Turbo Sport intercooled.” I believe this car is rated to 176 hp. You’ll notice the “automatic” seat belts in one of the photos. That really takes you back, doesn’t it? Prior to packing the dash and now the seats and door panels with explosives (ie airbags), manufacturers got around some compliance issues with these mouse belts. Great way to slice your damn ear off. I would probably have to disable those things in order to keep from being terribly annoyed.