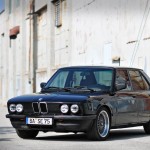 The young whipper-snappers these days are really something else. They can’t tie their shoes cuz one hand is needed at all times for mobile Facebooking. They can only drink coffee if it costs $12 and tastes like candy. And what’s even crazier: they may have lived their entire life without ever seeing an E28-series BMW.

The E28 was produced from 1981 to 1988. These were heady years for BMW, and they tended to make everything bullet-proof. Around three-quarters of a million of these were sold over the years. The body style is so distinctive, with tons of character and presence that many newer cars lack. There are no filters here. This is an old-school, analog car with direct steering and no crazy computers standing in-between you and the road.

The 535is was the uber 5-series in 1988, except for the M5, which we’ll worry about in a minute. The 535is came with upgraded sport suspension, unique front and rear spoilers, a no-fooling-around limited slip differential, and a gigantic 3.5 liter slab of inline six goodness. Yes, 3.5 liters is a lot for an inline six, and yes this thing serves up torque like a blackjack dealer in Vegas tossing out cards. It was listed in 1988 as 182 hp with 214 lb-ft of torque. They only weighed about 3250 lbs, and zero to sixty was in the mid-sevens, not bad for a sedan in the 80’s.

The e28 M5 took the mighty 5-series to a whole new level. BMW worked some kind of magic juju on the 3.5 liter engine and souped it up to 256 hp with 243 ft-lbs of torque. The zero to sixty time dropped to the mid-to-high 6’s, and car enthusiasts the world over clapped their hands and clicked their heels. Yes, it’s true that the first generation Ford Taurus SHO would give the e28 M5 a run for its money in the quarter mile, but seriously come on, we are talking about M-heritage here.

Please look at http://www.classicdaily.net/gallery/?album=E28LS1 for the original build photos to see the detail put into this car.

The T56 6-speed transmission has since undergone a rebuild and a LS6 intake has been installed for 300hp at the rear wheels, as verified on Jake’s dyno. 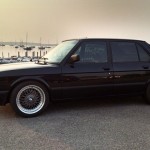 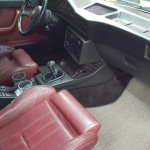 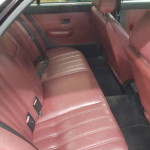 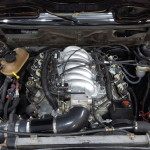 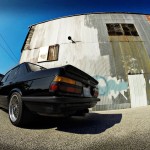 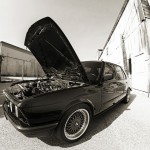 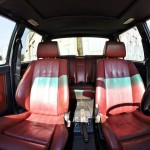 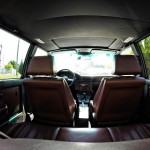 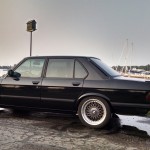 The quality of this build looks incredible. Looking over the list, you can see that tons of stuff was updated on the car. I don’t have any misplaced, romantic notions that a 1988 5-series with 350+ hp (at the crank) will be a bed of roses. Yes, it could need a little love and tender care on occasion, yes it may have a few creaks and rattles. But an 88 5-series in this kind of condition is rare, and one so thoroughly and expertly souped-up is even awesomer.

$20k sounds steep, but it could probably be dickered a bit. Also, who cares – we are pretending like we are rich and can store as many cars as we want to buy.

This E28 535is LS1 Swap Makes the World A Better Place